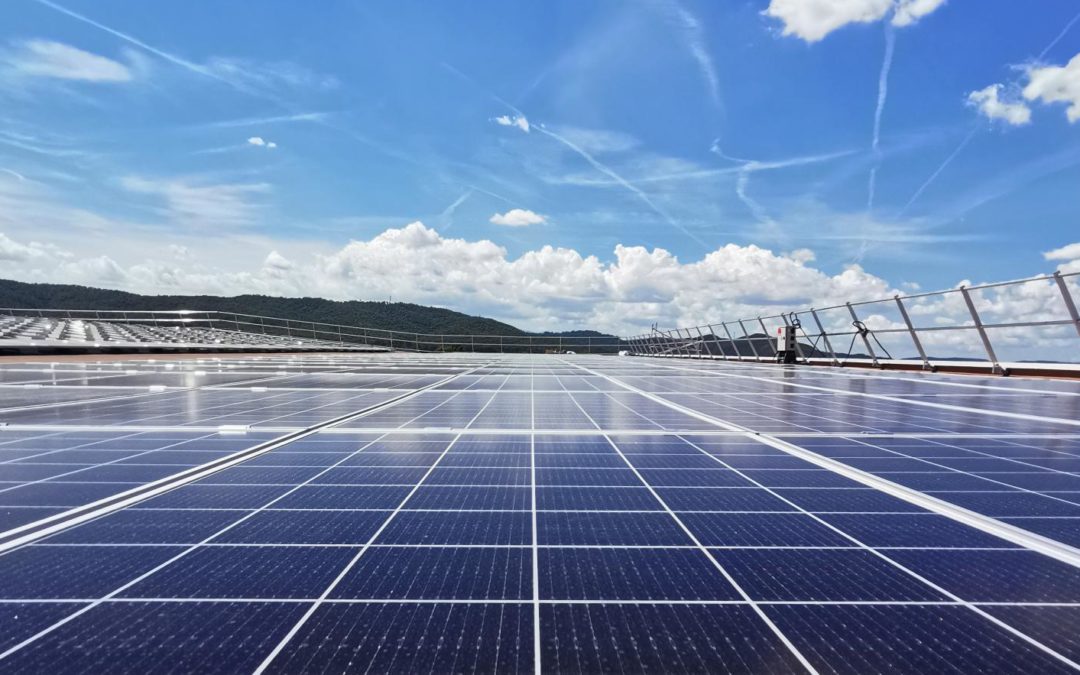 The HYPER U Les Arcs (Var) supermarket is currently carrying out a major expansion of its store which will in the future include a new parking lot and a new office as well as a rest spaces for its employees, a bigger warehouse, new laboratories and a waste treatment center.

Among the many companies involved in this large-scale project, our client Solstyce  was selected to build a photovoltaic installation of 336 kWp in total self-consumption on the roof of the store.

For this project, we delivered 1,050 low-carbon GCL P6 60H 320 photovoltaic modules which are mounted on the“iNOVAPV LITE” structures of EPC Solaire.

We congratulate the team of installers from the Solstyce Méditerranée agency (Karim, Clément, Yoan, Henri and Hugo) for this great achievement!

We will soon show you the result of their work on our References for more details about this project.

Visit of the site in pictures

Some images of the site being installed (photos: HYPER U Les Arcs).