The French photovoltaic market is now one of the most stable and promising markets in Europe, particularly thanks to the CRE bidding mechanisms, introduced since July 2011 for projects of more than 100kWp. Grading system, technical criteria, the rules have evolved with time and with the feedback from project developers. Summary of what to remember. 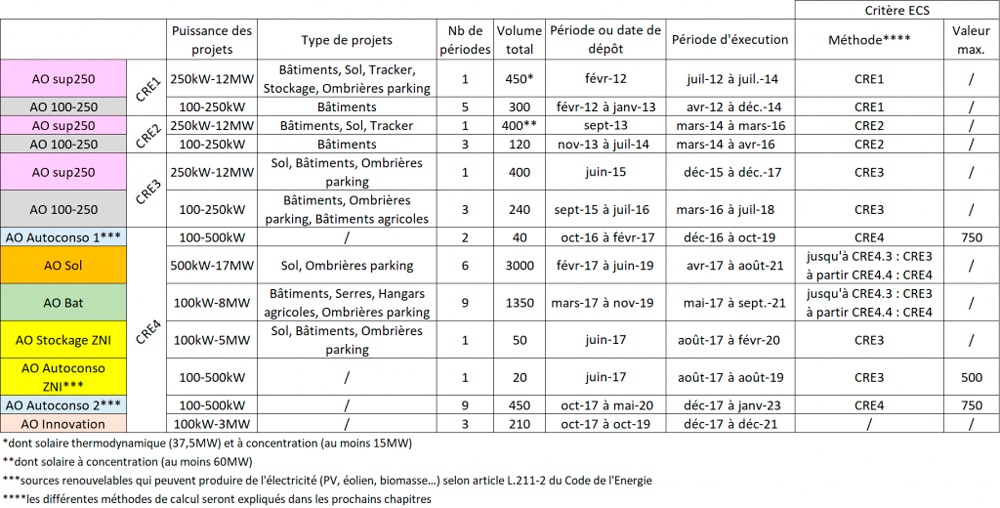 Fig. 1: Characteristics of the CRE call for tenders since July 2011

In general, up to CRE3, calls for tenders (AO) fall into two categories: Average installations with a capacity ranging from 100 to 250kWp (rooftops), commonly known as “simplified tender” and large power plants, with power ranges of over 250kWp.

The submitted files are mainly evaluated on two main criteria: the price (electricity sales price, proposed by the producer) and the environmental impact (which includes the Simplified Carbon Evaluation “ECS” that is known as the Carbon footprint).

Although the grading system has somewhat changed, since the CRE3 period, price has always been the major criterion (~ 70%) ahead of the carbon impact (~ 30%). This allocation varies slightly depending on the call for tenders and the filing periods in question.

For each criterion, a specific formula is used to calculate the final score obtained. This formula defines maximum values ​​for the price and carbon impact that should not be exceeded, in order to avoid a zero score.

We will introduce carbon footprint calculation in the next chapter.

A contribution grade for innovation (or research and development) existed for CRE tenders greater than 250kWp. It disappeared for the CRE4 period, in favor of a tender dedicated to innovation.

As such, during their choice of modules, in order to bid for CRE tenders, candidates must skillfully position the cursor between Power, Price, Carbon Impact and Innovation.

Once the files have been submitted, CRE has about 1 to 2 months to record the files and to deliver a list of technically and economically viable projects to the ministry concerned, in order to select and designate the winners. Once designated, these said winners will have to build and connect their plant within a period of 18 to 30 months. Delay may result in a penalty that will be in the form of a reduction in the pay period and a withdrawal of part of the financial guarantee.

According to the tender rules and agenda, more than 5GW of photovoltaic projects are expected to be realized starting from mid-2017 (on top of the remaining CRE3 projects that are being installed), if the rate of non-completion of the winning projects improves (more than 40% of the awarded projects are, as of now, not yet built *).

Fig.2: Time-frame for the execution of allocated volumes of CRE3 & CRE4 Calls for tenders (AO)

The criteria of Price, Carbon footprint and Innovation require project developers to designate a supplier of PV modules in their offer, specifying their reference and the components that will constitute the modules (BOM).

Once awarded, the project is therefore required to be installed with the modules that are designated in the registered file. This has led to undesirable effects that block or slow down the implementation of projects:

Thus, in order to allow module vendors to find solutions to their inability to deliver the award-winning product, many projects have benefited from an extension of the installation deadline. Others have been granted permission to change PV modules. Since this change must be made within the limit of the initial score, some projects run the risk of never being realized.

As a result, some CRE1 to CRE3 projects are still in the pipe and will be added to the volumes of CRE4.

* Source: GreenEnergy (10/07/2017) – President of General du Solaire and the Enerplan Syndicat, Daniel Bour addressed this topic during a debate organized by consulting firm, Green Cape Finance and Energy Power Lab, on 6 July. It considers that the rate of transformation of projects into proper solar power plants does not exceed 50 to 60%.

CRE: Commission for the Regulation of Energy