Preamble: The ECS (Simplified Carbon Evaluation) calculation details that are explained in this article correspond to the CRE3 method, which therefore does not include losses and breakages coefficients. The evolution of the ECS rules which appears in the CRE4 specifications will be discussed in a further post.

As we have previously seen, one of the important points of the CRE calls for tender and what makes the French market unique, is the consideration of the carbon impact of the module called Simplified Carbon Evaluation, which is defined by calculation rules and a specific documentary process.

The approach is simple; the CRE lists the different manufacturing steps and the main components of a photovoltaic module (silicon purification, ingot casting, wafer sawing …). Each step or component used (i) thus has a carbon impact during the manufacture of a module that is known as Gi. This value is always applied to the manufactured kWp. The total impact in kgCO2eq/kWc will therefore be the sum of the Gi, which gives us:

To calculate the GIs, we multiply the quantity of Qi material used for 1kWc of manufactured modules (e.g., how many kg of ingot or m² of glass per manufactured kWp) by a GWPi coefficient, corresponding to the specific emission of greenhouse gas (CO2eq) per unit of component quantification, i.

GWP means Global Warming Potential; these coefficients depend directly on the manufacturing country or more specifically on the more or less carbonized way in which the energy is produced. This is why an Xij index is added, to distribute the manufacturing sites, if there are several (see example in Fig. 1). We thus arrive at the following formula:

Impact of the manufacturing country:

The final impact thus depends on the one hand, on the quantities used for the manufacture (and consequently on the maximum nominal power achieved per module), but above all on the manufacturing country. Indeed, we immediately understand that manufacturing in a country that mainly uses coal to produce its energy (China, Malaysia …) will be more penalizing than in a country producing from renewables or nuclear power (Norway, France …). 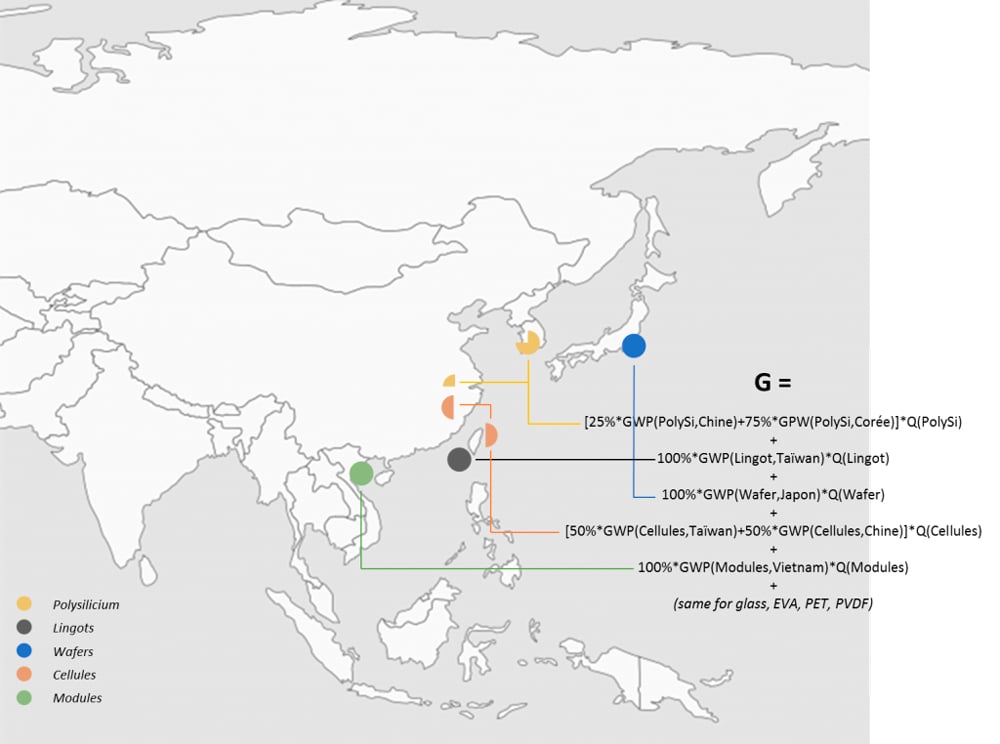 The GWP coefficients listed in the table are the result of a global study conducted by SmartGreenScans, compiling data collected across the PV value chain over the past 10 years. These coefficients are defined as “standards” and are available in the appendix of the tender specification (see Fig. 2). 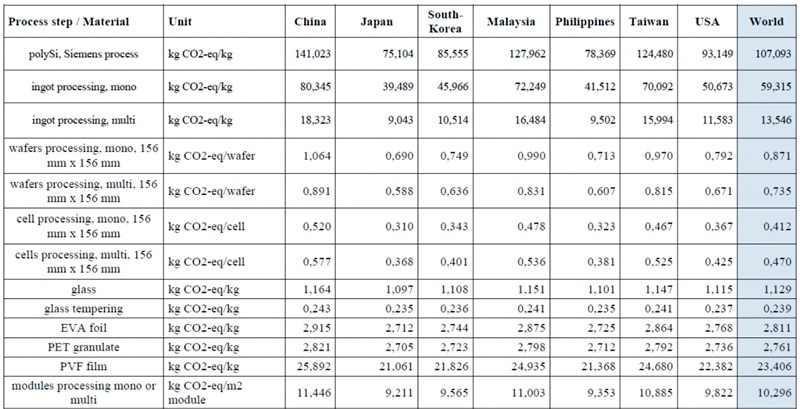 Fig. 2 – A sample of the requirement specifications table, which regroups the standard GWP coefficients according to stages, components and countries

The CRE provides two separate methods for calculating the carbon impact. Method 1, the so-called “simplified” uses the coefficients described above. Method 2, allows the candidate to use “optimized” GWP coefficients from a LCA (Life Cycle Analysis) carried out under the conditions stipulated in the requirement specifications. We will see this in the next chapter.